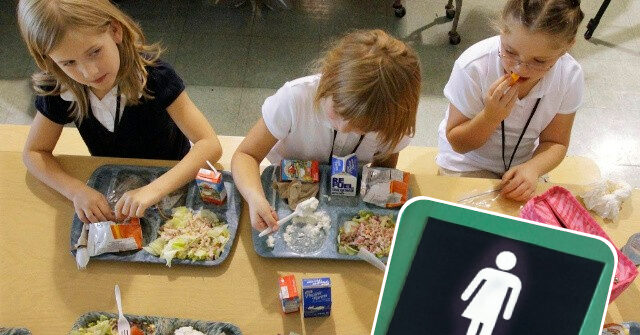 Manny Diaz, Florida’s commissioner of education, told Breitbart News on Sunday that the U.S. Department of Agriculture (USDA), as per the Biden administration’s political direction, is threatening to withhold funding from the Sunshine State and other states refusing to impose “transgender” ideology upon children in schools.

Diaz described the Parental Rights in Education Act, signed by Gov. Ron DeSantis (R-FL) into law in April, as a measure against Democrats’ and the broader left’s “radical left agenda” to “sexualize” children with “instruction at the earliest levels” of education.

“We’ve seen the latest attempt by the federal government — the Biden administration — attempting to impose their radical agenda here in Florida’s schools with the June 23rd USDA guidance that they issued, proposing changes to the regulations in Title IX, and adding ‘sexual orientation’ and ‘gender identity’ as protected classes under that – which [Title IX] was not designed for that,” Diaz explained on SiriusXM’s Breitbart News Sunday with host Joel Pollak.

He remarked, “They’re basically trying to hold our most vulnerable kids hostage with the food program, to implement this radical agenda.”

The USDA, in accordance with the Biden administration’s ongoing rejection of human sexual dimorphism, issued what it described as a “guidance” to schools to end segregation of sexes in the contexts of bathrooms and locker rooms if “transgender children” claim to be the opposite sex.

“We have a law and we’re going to stand by it and protect it,” Diaz added. “Governor DeSantis is leading the way on that, and these federal guidances and regulations are not law. In fact, there are cases pending on that. So we’re going to put a stop to that and protect our kids here in our state.”

Host Pollak said, “[The USDA is] basically saying, ‘If you don’t comply with this gender agenda, we’re going to cut off food assistance.’ They’re going to hurt the most vulnerable, poorest kids in America, because they want to drive home this gender ideology to kids who don’t know what day of the week it is yet. We’re talking kindergarten through whatever. So how is that even humane?”

Diaz said Florida Commissioner of Agriculture and Consumer Services Nicki Fried, a Democrat, “sent out a misguided notice to all Florida schools that they must comply with this unenforceable and unofficial proposed policy and implement it in our schools … implying that that their school lunches are going to be withheld.”

“Yesterday, I informed Florida school districts that schools do not have to follow the federal guidance,” Diaz continued, “because it’s not the law, and despite all the misinformation and the threats, nothing legally forces [schools] to allow biological males who identify as female to compete on female sports teams or any of those other things.”

He added, “We’re not going to stand idly by. We’re going to protect our kids … and get them to continue to be educated, not indoctrinated.”

Diaz observed how some leftist proponents of “transgender” ideology cultivate sexual misconceptions — including the fiction that sex is an arbitrary and alterable social construct existing on a continuum — in children through corrupt pedagogy built on false premises.

“There is no place for that to be imposed in our classrooms on all of our kids,” he said. “In fact, they’re trying to direct kids in that vein to that radical agenda. What you’re doing is saying, ‘If you’re not happy being a boy, you can be something else.’ That has no place.”

Diaz concluded by emphasizing the sanctity of parental sovereignty in childrearing.

“Parents in the state of Florida have rights, and we’re protecting those rights,” he stated. “They’re the parent. We’re not co-parenting here. We’re providing services at a school in conjunction with what the parent wants and what they feel is the best course for their individual child. We’re not going to allow this agenda to be imposed across the board to all of our children.”

Read this on Breitbart News